Blockchain Technology—How does it work and how is it used? 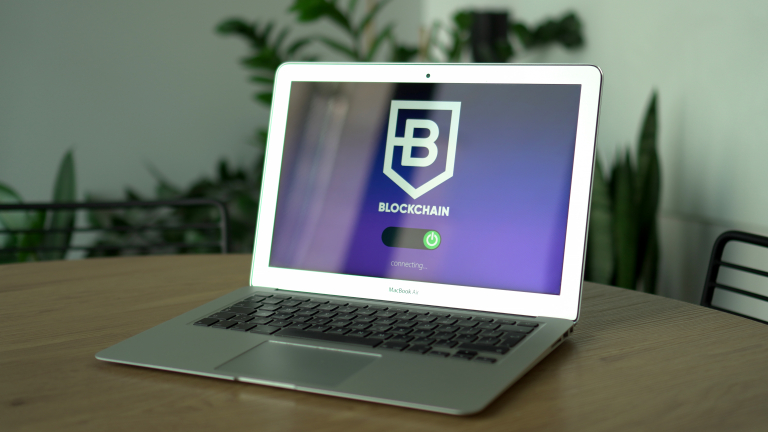 Blockchain technology is changing the way we maintain and share records of data, whilst also removing the need for centralized authorities or trusted third parties to facilitate transactions or trust digital information.

So, what exactly is a blockchain? And how do they work?

What is blockchain technology?

This history of transactions is completely transparent and unalterable thanks to the use of a decentralized network and cryptographic hashing.

Thanks to its decentralized and transparent nature, a blockchain guarantees accurate and secure storage of information without the need for a centralized authority or third party to create trust. Blockchains are often referred to as a distributed ledger technology or DLT.

Since then, the use of blockchain technology has rapidly grown thanks to the development of various cryptocurrencies, decentralized finance (DeFi) applications, non-fungible tokens (NFTs) and smart contracts.

How does blockchain technology work?

Blockchain technology works by having a network of authorized computers connected in a network. Each computer in the blockchain network maintains a copy of the ledger to prevent a single point of failure, with all the copies being updated and validated simultaneously.

This allows for information to be recorded and distributed, but not edited or deleted.

A blockchain stores data by grouping information together into “blocks” that have a set storage capacity. When a new transaction is entered, it gets transmitted to the network of computers that solve mathematical equations to verify the validity of the transaction.

Once a transaction is confirmed, it can be grouped into a block and once a block has reached its storage capacity it is closed and linked onto the most recently filled block, forming a permanent chain.

This method of storing data also makes blocks unalterable once linked to the chain since they become part of the timeline of data, with each block given an exact timestamp when it is added to the chain.

How can blockchains be used?

Blockchain technology has the potential to revolutionize several major industries, ranging from healthcare and logistics to government and financial services.

The most obvious industry that will benefit from the integration of blockchain technology is the banking and financial services sector. Blockchain technology has the potential to revolutionize the financial industry, replacing old processes and paperwork with faster and more efficient solutions.

Transferring funds between financial institutions will benefit from almost instant settlements. Blockchain technology can also be used to combat fraud and crime thanks to the accurate reporting with immutable data records that are highly secure and can be trusted.

Many leading financial institutions have already started integrating blockchain technology into their daily operations, helping them remove friction and create new solutions that benefit customers all over the world.

Healthcare is an industry where blockchain technology has the potential to completely revolutionize the way things are done.

Even before the COVID-19 pandemic, healthcare networks around the world struggled to quickly and efficiently maintain and share patient records or monitor supply chains for vital medication and supplies.

As a result of the trust and security of the blockchain, healthcare providers will be able to keep individual health data secure whilst also being able to quickly share relevant patient data as and when it is needed.

With blockchain technology, the healthcare industry will be able to monitor supply chains and ensure the authenticity of any supplies they receive.

Supply chains are at the heart of delivering goods to consumers on time. Blockchain technology can be used by businesses and industries to strengthen their supply chain networks, resolve issues faster and build trust between businesses.

Currently, supply chain data is not always visible, available or trusted, however the use of a hybrid or permissioned blockchain will help supply chain partners share trusted data quickly.

Elections utilizing the blockchain can eliminate election fraud whilst also boosting the number of people who vote, this has already been tested and was trialed in the West Virginia midterm elections back in November 2018.

Votes made on the blockchain will be virtually impossible to tamper, and the entire election process will be fully transparent, reducing the manpower required to count paper ballots.

The use of blockchain technology would also produce almost instant election results, whilst also removing the need for recounts as a result of human error or fraud.

One of the main advantages to blockchain technology is that you do not need a centralized authority or trusted third party to validate transactions. Due to the ledger being distributed and validated across many users, you can be confident that no single party is manipulating data or breaching security.

No Single Point of Failure

Given that blockchain technology is distributed and not centralized, it prevents hackers from being able to infiltrate a single machine and wipe out the entire network. Even if a single machine in the blockchain network is compromised, the data is still maintained on the rest of the network.

The common ledger also means that if anyone tries to modify any information, other users will be able to see.

Brings Banking to Everyone

Given that anyone with an internet connection can use the blockchain, it opens the doors for the billions of people who do not have access to traditional banking to now be able to store money.

It is estimated that over 1.5 billion people around the world do not have access to bank accounts and rely almost entirely on cash.

Blockchain technology will mean that these people no longer have to hide piles of cash and risk being victims of robbery since they can store their wealth on the blockchain using cryptocurrencies.

One of the biggest problems with blockchain technology is that it requires a substantial amount of energy to operate a blockchain network. This is because of the number of participants needed to validate transactions and maintain copies of the ledger.

The computational power required to solve the mathematical problems means that powerful machines are required that consume a lot of electricity when running. This is, however, being addressed with many networks switching from Proof of Work to Proof of Stake.

Given that the blockchain is an openly accessible ledger, anyone can monitor your transactions and wallet. The anonymous and open nature of blockchains can be both an advantage and disadvantage.

This anonymity afforded thanks to the blockchain can easily be abused by criminals to anonymously make transactions related to criminal activity.

Blockchain technology and applications built on the blockchain are difficult to integrate with traditional systems. The majority of businesses use traditional, legacy networks, however blockchain networks don’t yet have the capability of working alongside legacy systems seamlessly.

Public blockchains are networks that anyone can participate in, a prime example being Bitcoin. This is the most decentralized form of a blockchain, they are also trustable, secure and anonymous.

Public blockchains also require a significant amount of computational power to operate, and the transaction process can be lengthy due to the large size of the network. The main use case for public blockchains are cryptocurrencies like Bitcoin or Ethereum that are designed to displace traditional financial systems.

Private blockchains are similar to public blockchains; however instead of being open for anyone to join, a centralized authority governs the network, deciding who can participate and maintain the ledger.

Private blockchains can process transactions faster than public blockchains since the network are smaller, and they are also more scalable. The downsides to private blockchains are the fact that they are centralized and since there are fewer participants there is an increased vulnerability.

A possible use case for private blockchains are for internal auditing and governance, since information can be secured without exposing it to the public.

Hybrid or Permissioned blockchain networks take features from both public and private blockchains. Hybrid blockchains have certain parts controlled by an organization and other parts fully transparent to the public.

What differentiates a hybrid blockchain from a private blockchain is the fact that in a permissioned blockchain there are restrictions placed on who can participate in the network as well as in what transactions.

A possible use case for hybrid blockchains are public services like the healthcare industry, government and financial institutions where data needs to be accessed publicly but needs to be shielded privately.

Consortium or federated blockchain networks are deployments of blockchains between multiple organizations. This blockchain validates transactions as well as initiating and receiving transactions.

Here, the predetermined organizations can decide which participants can participate in the network and submit transactions. Consortium blockchains are fast, secure, private and flexible, however they lack transparency and are vulnerable to attacks if a few participants are compromised.

Consortium blockchains have a great potential use case for banks and payment processors.

Blockchain technology, and the way it keeps a record of digital assets across multiple computers has the potential to benefit many industries with many practical applications already being implemented.

Blockchain technology will continue to expand and increase in popularity as many existing companies realize its potential and begin integrating it to work alongside their legacy systems.