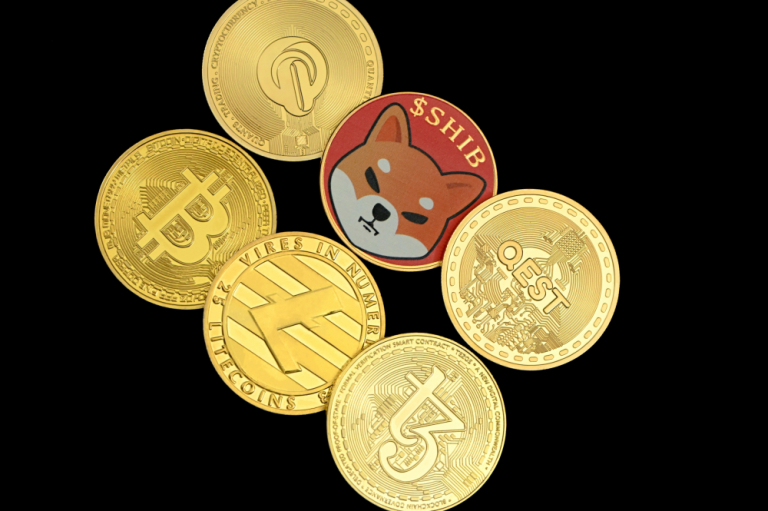 Dogecoin and Shiba Inu are two similar meme coins in the crypto market with uncanny similarities. Both tokens are extremely inexpensive and also have the same canine mascot — a Japanese breed of dog called the Shiba Inu.

When these dog-themed cryptocurrencies first appeared, it was difficult to connect cute pups and cryptocurrency trading, but that connection is no longer implausible in today’s market.

The conflict between the meme coins is now almost legendary and like any great competition, these two digital assets had pushed one another to the limit. Here are some of the key parallels and divergences between Shiba Inu and Dogecoin.

Dogecoin (DOGE) is an altcoin founded by software developers Billy Markus and Jackson Palmer to mock the irrational speculation that was going on in the cryptocurrency market at the time.

The coin is known as the first dog-themed coin or meme coin and is still viewed as a viable source of investment opportunity even though it has a satirical nature.

As its name and emblem, Dogecoin uses the Shiba Inu dog’s face from the “doge” meme and owes its fame to the social media internet platform, Reddit, and the constant appraisal from billionaire engineer, Elon Musk.

On December 6, 2023, the Dogecoin platform was launched, it gathered much success and had millions of visitors within one month of its release. Dogecoin was also one of the first digital currencies that reached a wider demographic of people in a month, surpassing Bitcoin’s coverage.

It is forked from Litecoin (LTC), which essentially means, it uses the same technology as Bitcoin (BTC). It uses the proof of work mechanism and currently has multiple uses.

The Shiba Inu token (SHIB) is a decentralized cryptocurrency that was developed in August 2020 by an unknown person or organization, called “Ryoshi.” It is named after the Shiba Inu, a Japanese dog breed that originated in Japan and was initially a parody cryptocurrency based on the Doge meme.

The anonymous founder, Ryoshi claims that Shiba Inu was an experiment in the decentralized community to see what would happen if a cryptocurrency project was entirely managed by its community.

Ryoshi believes that the power of collective decentralization can produce outcomes that are far more powerful than anything a centralized team could produce.

Shiba Inu is not developed on its blockchain; rather, it is a Shiba Inu-based ERC-20 token that is hosted by the Ethereum network because it is safe, well-established, and allows the project to remain decentralized.

The similarities between Dogecoin and Shiba Inu

Here are some of the similarities between Dogecoin and Shiba Inu:

The Shiba Inu mascot is one glaring similarity between Dogecoin and Shiba Inu as both coins feature an edited image of the same dog breed. Shiba Inu began gaining massive popularity in the States due to the rise in its memes on social media platforms like Reddit and Twitter.

Since Dogecoin was originally a joke meme to mock other cryptocurrencies, the founders chose the raving Shiba Inu to depict their message; in return, the Shiba Inu token used Dogecoin’s similar mascot.

Celebrities like Elon Musk, CEO of Tesla, have been a major face in the coin’s success and have also stated that he will continue to offer endless support even when he was faced with a lawsuit as regards his influence on the meme cryptocurrency.

Via his tweets, Dogecoin’s price enjoyed an incessant increase regularly and in March 2022, one of Elon Musk’s tweets projected the coin to a new intraday price of $0.119, earning it a 7% increase.
Shiba Inu also had a fair share of Musk’s influence, as the coin earned a whopping 65% increase in its price when Elon Musk tweeted a picture of his Shiba Inu puppy captioned “Floki Frunkpuppy.”

Unlike Dogecoin, which has always enjoyed the better side of Elon Musk, Shiba Inu witnessed a 25% decrease in price when Elon made it clear that he owns no SHIB coins on October 24, 2021.

The differences between Dogecoin and Shiba Inu

Shiba Inu and Dogecoin share a little similarity, contrary to the public’s opinion. They were developed for various objectives and each has a unique price and maximum coin supply. Here are a few of those significant variations:

Dogecoin was launched on December 6, 2013, by software developers Jackson Palmer and Billy Markus.
Shiba Inu was launched in August 2020 by an anonymous developer called Ryoshi.

As aforementioned, Dogecoin was launched to make fun of Bitcoin and other cryptocurrencies, grand roadmaps, and the intention to take over the world. Despite Dogecoin’s origins as a joke, more and more people realize its practical utility as a reliable, effective, and useful currency.

As a result, Dogecoin has grown into much more than “just a joke,” all the while keeping its LOL mentality. The coin prides itself on being a useful joke as its branding is blatant gags and memes, but its utility and usefulness are undeniable.

Like Dogecoin, it was launched with a satirical attempt to not only diminish Dogecoin but to also show the possibilities a fully decentralized platform can achieve. The token comes with additional features that cannot be found in Dogecoin, increasing its utility.

Since Shiba Inu is based on the Ethereum platform, it supports decentralized financial (DeFi) applications using smart contracts.

It also has its unique ShibaSwap, a decentralized exchange (DEX), that allows investors to stake their tokens on this DEX for significant rewards. Shiba Inu also has a non-fungible token (NFT) market with 10,000 Shiboshis.

However, the recent complete integration of Ethereum 2.0 has led to a change in consensus mechanism that is environmentally safe and emits less CO2. Now, Dogecoin still uses the environment-degrading PoW while Shiba Inu uses the PoS.

The Dogecoin blockchain is made up of hundreds of computers called “nodes” and its transaction data is not kept in a single, centralized location.

Since it is a decentralized currency, information on the Dogecoin blockchain is spread over thousands of nodes, making it very hard, if not impossible, to hack, change, or fool the system.

Shiba Inu is a digital asset issued on the Ethereum blockchain network. It is an Ethereum-based currency that uses proof-of-stake (PoS) technology rather than proof-of-work (PoW).

Like many other cryptocurrencies, it runs on a decentralized computer network using a blockchain-based database that tracks, manages, records, and verifies SHIB.

Dogecoin uses blockchain technology, just like other well-known cryptocurrencies, to allow for the transaction of coins from one person to another while enjoying a very low transaction fee and quicker confirmation time.

Dogecoin can also be used to tip users on well-known social media sites like Reddit and Twitter, as well as to pay for goods and services.

Concerning tipping, a tipping bot became accessible a few days after Reddit’s inception in December 2013 and DOGE was the tipping coin, making it simple for users to pay one another there.

In addition, Dogecoin has been used for a variety of worthwhile charities and humanitarian endeavors.

With third parties like BitPay and Coinbase integrating Dogecoin payments, and several companies offering prepaid cards accepting Dogecoin as a financing source, its use case has exploded over recent years.

Shiba Inu also has multiple use cases and can be traded and utilized as a medium of exchange. The LEASH token with a maximum supply of 107,646 units offers compensation to people who verify cryptocurrency transactions.

Shiba Inu also features other aspects of a community, such as Shiboshis, a kind of non-fungible currency, and ShibaSwap, its decentralized platform for trading money (NFT). Users can pay for real estate in the Shiba metaverse.

Dogecoin’s transactions are surprisingly quick despite its consensus mechanism. Its Scrypt algorithm permits a far faster generation rate, unlike Bitcoin’s SHA-256. Dogecoin’s estimated block creation time is about one minute and currently ranks as one of the fastest.

Although Shiba Inu has slower transaction speeds than Dogecoin because it is an ERC-20 token, SHIB transactions might be quicker and easier as Ethereum now operates using the proof-of-stake (PoS) mechanism.

Some cryptocurrencies put a cap on their production to make them scarce, that is not the case for Dogecoin as every year, its supply grows by about 5 billion DOGE. This is to prevent the whales from removing a significant amount of money from circulation.

Shiba Inu, on the other hand, has a total supply of 1 quadrillion SHIB tokens. Some SHIB tokens, however, were locked up in the Uniswap exchange, while many more were burnt.

One of the key elements in Dogecoin and Shiba Inu’s success has been the hype. Although they both have the needed infrastructure needed to function as reliable payment systems, none of them have improved blockchain technology. Both cryptocurrencies are also extremely volatile.

Investment wise, they could offer fantastic profits if one invests in these cryptocurrencies carefully, as long as you utilize its extreme price swings to your advantage.

Overall, if you think the metaverse will be the next big thing, SHIB might be a better investment for you because it is creating its metaverse with a canine theme.

On the other hand, DOGE has more applications for you right now, if you’re leaning toward cryptocurrencies you can use them for real-world purchases.