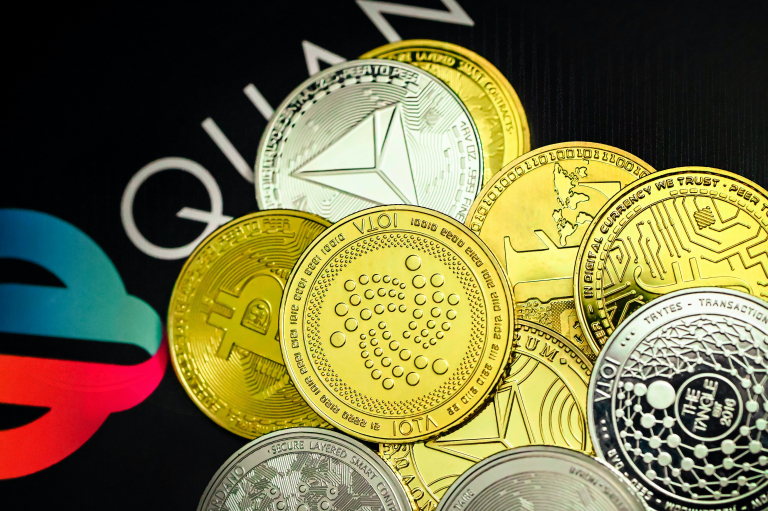 Cryptocurrency is a new form of digital money powered by cryptography in which transactions are verified and records are maintained by a decentralized system.

Ethereum and Cardano are two of the most popular blockchain protocols in use today. Both were designed to serve as open-source and peer-to-peer systems for the creation of smart contracts and decentralized applications

Regardless of their similar purpose and functionality, there are many fundamental differences between Ethereum and Cardano.

This article will provide an overview of Ethereum and Cardano as well as talk about their similarities and differences so that buyers can make an informed decision when it comes to these two cryptocurrencies.

Ethereum is a decentralized blockchain platform that provides a peer-to-peer network for the creation of smart contracts.

Ethereum enables anyone to build on its network of nodes for their own purposes, which can be used for financial services, supply chain management, voting systems, and so on.

As a result of users participating as nodes, the Ethereum network exists on so many computers on the blockchain.

This makes the network decentralized and highly resistant to any form of attack, and essentially unable to shut off as a result. If one computer goes down, the Ethereum network remains unaffected because there are so many other devices maintaining the network.

Ethereum has its own native cryptocurrency, called Ether, which is used to pay for transaction fees, rewards, and other services on the network.

Cardano (ADA) is a public blockchain network founded by Ethereum co-founder Charles Hoskinson in 2015 and was initially released on the 27th of September 2017.

Like Ethereum, Cardano is a decentralized blockchain platform that provides smart contract functionality. However, Cardano aims to become a more advanced platform that offers security and scalability to its users.

ADA is the native cryptocurrency of the platform and is used for the payment of transaction fees, staking, giving out rewards, and other services on the network.

Cardano uses Ouroboros, an algorithm that uses a proof of stake protocol designed to lessen the energy expenditure during block production. In contrast to Bitcoin, which uses the proof-of-work, Cardano uses proof-of-stake to reach consensus in the network.

Cardano has positioned itself as an alternative to Ethereum, bringing a new open and inclusive standard in technology to better the current age of unsustainable technology.

It aims to provide solutions to problems related to scalability and sustainability on cryptocurrency platforms by validating and verifying transactions through a new model.

The similarities between Ethereum and Cardano

There are several similarities between Ethereum and Cardano:

Foundation
Although both Ethereum and Cardano are competing technologies, they share a common heritage. The founder of Cardano, Charles Hoskinson, was one of the original developers of Ethereum.

Use case
Both Cardano and Ethereum can be used for peer-to-peer transactions and the creation of smart contracts and DApps. They can be used as a means of investment, exchange, and trading.

Smart contracts
Both Ethereum and Cardano feature smart contracts in their operations. Smart contracts are necessary to carry out trustless transactions on the blockchain, as it is easier for data to move between parties with these contracts.

Users can dictate unique rules for how their transactions will work and what should be expected during the transaction process.

Staking
Both Cardano and Ethereum are proof-of-stake cryptocurrencies. In September 2022, Ethereum undertook a technological change known as “the merge,” in which it transitioned from the traditional proof-of-work mechanism to the proof-of-stake mechanism.

The proof-of-stake mechanism underpins a consensus mechanism in which validators who own a certain number of coins are responsible for maintaining the network. Proof-of-stake is environmentally friendly and improves the security of the corresponding networks.

The differences between Ethereum and Cardano

However, there are several elements that differentiate Ethereum and Cardano.

Creators
Ethereum was created by a Russian-born programmer and writer, Vitalik Buterin among many others (co-founders) who contributed to its code.

Cardano was created by Charles Hoskinson, one of the former co-founders of Ethereum.

Launch date
Both Ethereum and Cardano are cryptocurrencies that emerged after Bitcoin. The Ethereum whitepaper was published in late 2013, and the software went live in July 2015. Cardano was first introduced on September 27th, 2017.

Token Economics
Regarding token economics, Ethereum tokens adhere to the ERC-20 token standard. They have no limit on supply or inflation, and supply is scheduled to increase by 4.5% per year.

Unlike Ethereum, Cardano has a limited supply of 45 billion ADA coins, making it scarce for every new coin minted.

Ouroboros divides time into epochs and slots, with epochs being the overall time frames and slots being a few seconds increments within epochs.

Within each slot, a leader is chosen at random and is responsible for selecting the block that will be added to the blockchain. When an epoch ends, the previous slot leaders elect the slot leaders of the next epoch.

Ethereum, on the other hand, uses the traditional proof-of-stake consensus mechanism. It allows users to validate transactions based on their holdings and rewards them with newly minted Ether tokens.

Fork changes
Any forks that may be instituted for Ethereum or Cardano will vary depending on the circumstances. Ethereum will use a consensus to dictate what forks are necessary. Cardano will rely on academic research and reporting to figure out how to proceed.

Scalability is the key goal to increasing the transaction speed and output. But that has been a major issue because of the risk of sacrificing decentralization or security.

The increase in the number of people using Ethereum has led to a certain limitation in the blockchain capacity, and this has driven up the need for scaling solutions.

Mining one Ethereum block takes about 13 to 14 seconds. However, after the switch to the proof of stake system, the validation of one block of Ethereum has reduced to 12 seconds.

Cardano takes less than one minute to process a transaction and can handle up to 250 transactions per second. But the block validation takes around 20 minutes, as it will ensure a safe and irreversible transaction.

In terms of token distribution, Ethereum takes a different approach than its predecessor, Bitcoin. It does not have a fixed supply limit, but generates value through utility.

The ether token is valuable because it has many use cases, such as payment for transaction fees, staking rewards, and many more.

It had an initial supply of 72 million ETH, of which 60% (60 million) were distributed to crowdsale participants. The other percentage of the tokens was shared among members who contributed to the project.

Cardano, on the other hand, has a limited supply of 45 billion coins. It has a current supply of 31 billion, which leaves the rest for network incentives. Cardano’s incentives compensate for the network’s decrease in monetary expansion. Incentives increase as network use increases.

Although Ethereum and Cardano are often compared to each other because of their similarities, there are so many differences between the two cryptocurrencies.

These differences include launch dates, monetary policy, and network design. Ethereum and Cardano have been successful in becoming valuable assets among all the other growing decentralized financial systems that exist as transferable or as traditional payment systems.

Every cryptocurrency coin has its benefits and shortcomings. The goal is to determine which coin is more suitable for your needs depending on your application.

Both Ethereum and Cardano are great and advanced technological applications created to solve problems. Detailed research and comparison are the keys to deciding which one to use.