What is a Crypto Bear Market? 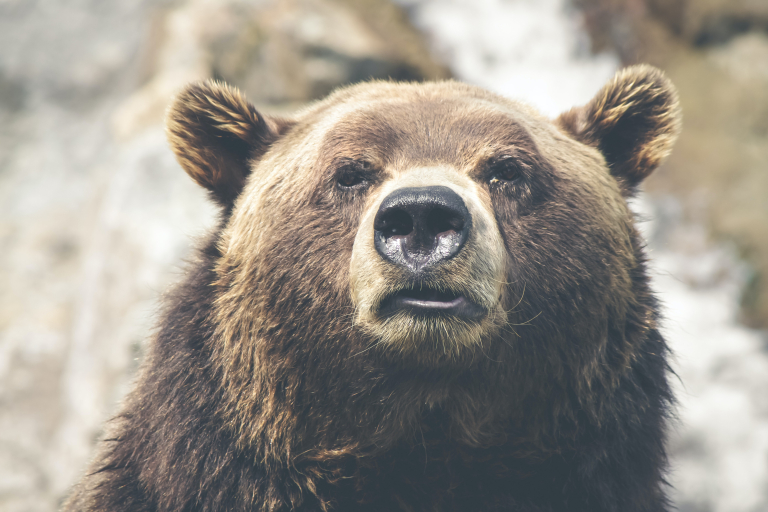 A bear market is a period where the prices of cryptocurrencies, other assets, stocks, and securities continue to fall. It can be triggered by various factors such as economic decline, investor pessimism, and consumer sentiment.

Unlike a bull market, where prices are rising, a bear market is not a market that will continue to increase.

The term bear or down market is often associated with the decline in stock prices. However, it can also refer to other price movements influenced by consumer confidence, such as those in real estate and bonds.

The expressions “bearish” and “bullish” are commonly used in finance. Bearish refers to the downward movement of a bear’s claws, while bullish aggressively thrusts its horns upward, which indicates the opposite.

In general, both terms refer to price swings, and the opposite movement is always indicated by the horns.

What is a crypto bear market?

A bear market is a time of contraction in financial markets and within the cryptocurrency world. It is typically when prices have fallen 20% from a recent peak.

Characteristics of a crypto bear market

A bear market is characterized by a decline in the stock or crypto market’s value and a reduction in the value of assets. Unlike market corrections, which are usually temporary, bear markets are longer.

They can also trigger volatility and drastic price changes. Small-cap stocks, often the ones with the lowest market capitalization, can experience increased volatility.

Although it’s impossible to predict when a bear market will start, various characteristics can be used to identify it. For instance, if the stock prices have peaked, it would be hard to determine if the market is in a full-blown bear market or a correction.

A bear market is considered a mirror image of a bull market, which has risen by at least 20% from its lows. Unlike market corrections, which are usually temporary, bear markets are more extreme.

What causes a crypto bear market?

The sell-offs that trigger a bear market are usually triggered by people who are selling their investments at the same time. They’re usually caused by investors’ concerns about the future value of their assets.

Many factors can affect the stock market, such as elections and global conflicts.

According to data from Seeking Alpha, during a bear market, the prices of assets, stocks, and other securities typically fall 36% from their recent high.

Despite the negative effects of these sell-offs, bear markets rarely occur. They’ve only shown up once every three and a half years since the start of the 1929 bull market.

This type of market is characterized by more sellers than buyers due to the lack of confidence in economic and political developments. Sometimes, a news event, like a supply shock, can cause a selloff.

Broader macroeconomic changes, like the increase in interest rates by the Federal Reserve, can also cause the market to contract. For instance, when it increases its funds rate, the Fed wants to tighten monetary policy to prevent inflation from getting out of control.

The US stock market has recovered from each of the 26 bear markets that it has experienced since the start of the Great Depression. It usually takes around a year for the market to completely recover its losses.

Contrary to popular belief, recessions and bear markets don’t always go together. For instance, even though the S&P 500 has entered bear market territory, it shouldn’t be taken as a sign that the economy is in a recession.

In other words, a bear market doesn’t mean that the stock market is going to fall.

What should be considered during a bear market in crypto?

One of the most important steps that investors should take when it comes to investing is to diversify their assets. If they have all their eggs in one basket, then they should make a note to do so next time. During a rising market, it’s a good idea to put some money into safer markets.

One of the main advantages of a bear market is that it allows investors to get into more assets when the prices are at rock-bottom levels. This can provide them with a good position when the market eventually rebounds.

For instance, if you’re an investor on a tight budget, a bear market is the ideal time to buy high-quality assets.

This strategy can also double the size of your portfolio if the market ends in a bear market. Numerous tools can help you identify and capitalize on these opportunities. For instance, a small profit can be made over some time.

These are the two types of markets that are characterized by different factors. For instance, a bear market is usually triggered by rising unemployment and higher inflation.

A bull market is usually triggered by rising prices. A rally occurs when these prices go up significantly.

A bear market rally is when the market goes up for a while before it resumes its decline. This type of market is referred to as a dead cat bounce.

Although it doesn’t signal the end of the bear market, it can help identify its bottom. This type of market is referred to as a sucker’s rally.

The rising or bull market occurs when the economy grows, and consumer confidence is high. This type of market is more likely to grow as investors are more willing to buy and hold rather than sell.

A rising market can also be triggered by price movements in other asset classes, such as bonds and currencies. This type of market can provide a window into the potential changes in the other sectors.

How long does a bear market usually last?

Increase and decrease of the GDP. Source 1

Despite the volatility in the market, it’s still possible for cryptocurrency to bounce back before the bear market ends. It’s important to note that this asset is still very new and has a long way to go before it can compete with other markets.

One of the most important factors that you should consider when it comes to investing in a bear market is the availability of price data.

For instance, Bitcoin has the most comprehensive chart of all the major asset classes. In addition to being able to monitor its price movements, you also need to keep an eye on the other.

Although it’s almost impossible to predict when a bear market will end, there are still several signs that can be used to keep an eye on it. Instead of trying to predict the future market, investors should try to create an optimal portfolio.

Diversifying allows investors to ride out a bear market until the markets eventually recover. Unfortunately, it’s not always possible to predict what will happen next. For instance, the sudden emergence of the Covid-19 pandemic proved to be a frightening experience.

Understanding the various economic and market factors can help investors make informed decisions. Bearish and bullish patterns are also indicators that can be used to gauge investor sentiment.