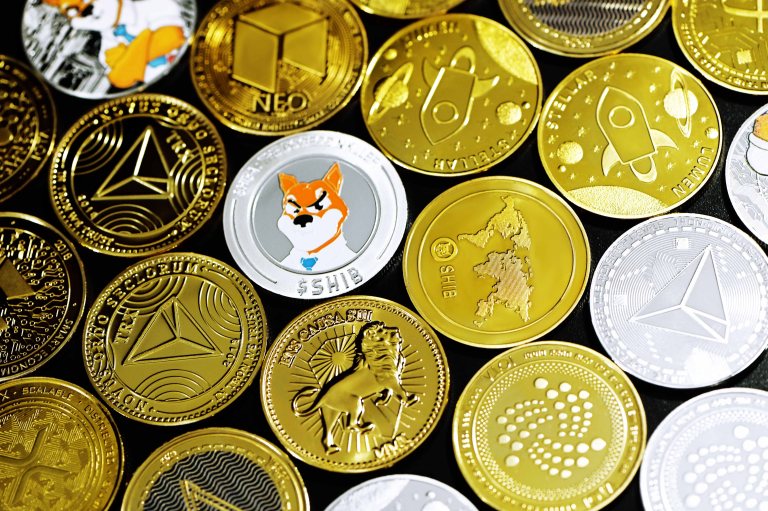 In the last 10 years, cryptocurrency and blockchain technology has exploded in popularity. Investors are becoming more and more interested in how this new digital asset class can be used to disrupt outdated business models and drive rapid growth.

As the technology behind these assets continues to improve, investors are attracted by the prospect of greater security, transparency, and speed.

EOS has positioned itself as one of the leading platforms for enterprise blockchain adoption by offering a scalable, fast, and reliable infrastructure.

With a successful launch, a first-of-its-kind smart contract functionality, and a massive community of developers and investors backing the project, EOS is one of the most exciting platforms in the blockchain space. It was once dubbed the “Ethereum Killer.”

So, what exactly is EOS?

EOS is a blockchain-based, smart contract platform that provides developers with a protocol for building enterprise decentralized applications, or dApps.

Built from scratch by Block.one, a company founded by BitShares co-founder Daniel Larimer, EOS boasts powerful tools that allow users to easily deploy, operate, and scale their own applications on the blockchain.

The EOS ecosystem consists of two key components: the EOS.IO software and the EOS token.

The EOS community has grown significantly since its launch in June of 2018. It now claims to support over 1000 different Apps and has a rapidly growing user base of individuals, developers, and investors.

EOS also makes provisions for services similar to those offered in traditional web apps, such as accounts, authentication, hosting services, usage monitoring, permissioning, and interaction between dApps and the internet.

How does EOS work?

EOS relies on RAM as its primary virtual machine instead of using a hardware-based virtual machine like other blockchains such as Ethereum. This allows EOS to scale up to millions of users and thousands of transactions per second.

The system can support thousands of commercial-scale dApps and millions of users because it is built to scale on-demand without compromising security or performance.

The EOS token provides the fuel for the network, which is used to pay for processing power, bandwidth, and storage space when building or running dApps on the EOS network. Users must hold EOS to complete transactions and build decentralized applications. EOS can be acquired on any major crypto exchange.

How is EOS created?

EOS tokens were initially distributed via an ICO (initial coin offering) that began in June 2017. This was the year before the launch of the EOS mainnet, and this ICO raised over $4 billion in crypto from accredited investors around the world.

This was one of the largest crowdfunded projects at the time, comparable in size to the 2014 Ethereum crowd sale. EOS’s token distribution took place over 341 days and included a total of 1 billion EOS tokens for sale.

Following the crowd sale, additional tokens can be created through block production, in which EOS token holders vote for “block producers,” who are responsible for validating transactions and producing new blocks on the network.

There are currently approximately 950 million EOS tokens in circulation out of a total supply of 1,027,411,229 tokens.

It should be noted, however, that there is no limit to the number of tokens that can be issued, with new tokens released into circulation each time a new block is formed.

Each year, the overall number of EOS increases by 5%.

What is an EOS wallet?

EOS wallets are software or hardware solutions that are used to store and transfer EOS tokens. An EOS wallet is required to receive, send, and hold EOS tokens.

For the most secure option, consider using a hardware wallet with offline storage and backup. Most major hardware wallets (e.g., Ledger Nano S) support EOS as well as other cryptocurrencies such as Bitcoin and Ethereum.

This is a much more expensive solution for keeping digital assets, but it is more suited for active users who need to store large amounts of tokens.

For users who are interested in storing a few tokens, an EOS software wallet could be a more convenient option.

They can be installed on a smartphone or personal computer and can be either custodial or noncustodial. In custodial wallets, the private keys of the user are managed and held by a third-party service.

Noncustodial wallets do not require any external parties to store private keys; instead, the users are in control of the private keys.

The EOS project seems to be making quick and confident strides towards the building of the next generation of web infrastructure. This project is led by some of the most experienced and well-known blockchain developers in the industry and may be a smart investment in the long run.

The team has been praised by industry experts for its impressive ability to manage both technical and business matters while also creating a vibrant user community.

Moreover, their commitment to ongoing research and development shows that they are serious about meeting the needs of developers on a consistent basis going forward.

If this project proves successful in achieving its goals, it could become one of the most prominent blockchain-based protocols for years to come.