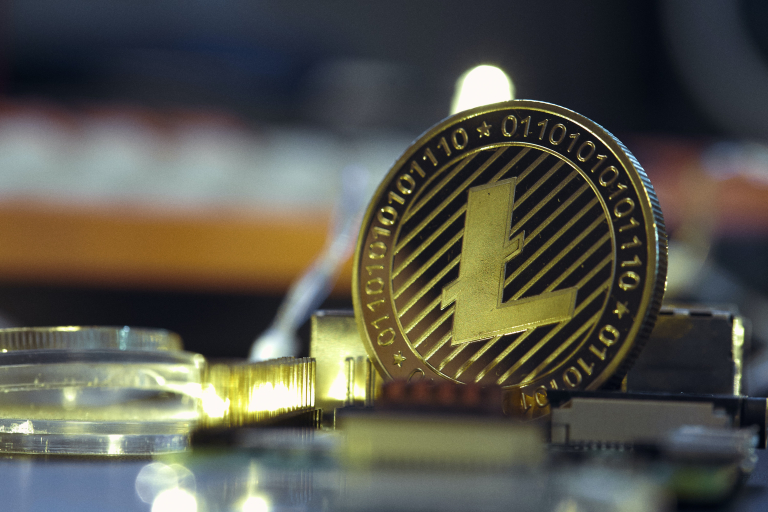 In 2011, a different type of digital currency known as Litecoin was created. Its goal was to be a lighter version of the world’s most popular digital currency. Besides being faster than Bitcoin, Liteoin also has a lower transaction time.

In this guide, we will cover the technical aspects behind this cryptocurrency and how it improves on Bitcoin’s speed and scalability.

Litecoin is a peer-to-peer (P2P) network that uses a different cryptographic algorithm than Bitcoin. This allows it to perform more transactions and have lower transaction fees. Litecoin was released on October 7th, 2011, and went live on October 13th, 2011.

It is the brainchild of former Google engineer named Charlie Lee who wanted to address developers’ concerns that Bitcoin was becoming too centrally controlled.

Due to its various features, such as its security and decentralization, Litecoin is regarded as the Bitcoin of all altcoins. It’s also a P2P money system that aims to provide a secure and convenient way for merchants to pay for digital assets.

Despite the similarities between Bitcoin and other cryptocurrencies, Litecoin’s hashing algorithm is different.

Unlike Bitcoin, which is powered by a CPU, Litecoin uses a PoW mining algorithm that focuses on efficiency and transaction speed.

This allows consumer-grade hardware to mine it. As a blockchain, it allows the participating nodes to process transactions. Miners then verify and secure the public ledger of all transactions.

With a different blockchain technology and a different set of characteristics than Bitcoin, Litecoin is considered to be a more stable and secure alternative to Bitcoin.

It can be used to perform various transactions, such as cross-border payments and store value.

How does Litecoin work?

Due to the nature of its blockchain technology, Litecoin was released with a total supply of 84 million coins and started out with just 150 pre-mined coins. The supply is programmed to reduce over time to ensure that the value of the currency remains constant.

The technology behind Litecoin allows it to distribute its hard-to-mine power more evenly than Bitcoin’s network. This is done through various methods, such as mining groups and mining pools.
The low transaction fees that are typically associated with mining are also due to the higher total supply.

There are only 21 million Bitcoins existing, and there can be up to 84 million Litecoins. This means that mining is less competitive, and the more miners get the higher transaction fees.

Despite Bitcoin’s serious scalability issues, which are caused by its high transaction fees, Litecoin is still considered to be a more stable and secure alternative to Bitcoin. It’s also claimed that it can maintain its lower transaction costs.

Despite the number of people who are currently using Bitcoin, it’s still not feasible for the currency to experience the same scalability issues that Bitcoin would have if it were to grow.

Unlike Bitcoin, which uses a SHA-256 algorithm, Litecoin uses a different hashing algorithm known as Scrypt. It’s slower and more memory-intensive than Bitcoin. With a higher emphasis on using high-speed RAM, it’s not possible for a single player to dominate the mining industry.

Due to the high memory requirements of its Scrypt algorithm, it was hard to develop an integrated circuit miner that could handle the tasks of Litecoin’s mining pool. In 2016, the first known ASIC miner for Litecoin was released.

How is Litecoin Created?

Similar to Bitcoin, Litecoin is not dependent on a central financial institution. Through its blockchain technology, it can process and record transactions. Each batch of transactions adds more blocks to the blockchain, which keeps track of all transactions.

Due to the immense computing power that its miners have, they can perform various tasks, such as validating transactions, and add new blocks to the blockchain.
In addition to being able to be bought and sold, it can also be used for transactions with other merchants.

Most people who use a cryptocurrency exchange or app for buying and selling Litecoin will typically use the exchange to make purchases.

What is a Litecoin wallet?

To be a user of the Litecoin network, you will need to create a wallet. This is a type of software that allows users to manage their private and public keys.

There are various alternatives to the official wallet that can be used for users.

They can provide better security and faster transaction speeds. Some of these include tools that can support multiple types of coins and provide cold storage for your keys.

If you intend to keep a large amount of Litecoin in your hardware wallet, then it’s best to go with a Trezor or a hardware wallet such as the Ledger Nano S. On the other hand, if you’re only going to use it occasionally and want to trade it regularly, then you can use a desktop wallet.

The success or failure of a cryptocurrency depends on various factors. One of these is the number of people who buy it, and if this number continues to increase, its value will likely rise. Besides being able to be bought and sold on multiple exchanges, Litecoin’s availability also helps it gain popularity.

Besides being a relatively low-cost payment method, Litecoin has also proved its worth as a peer-to-peer platform that may be a good investment for any investor looking to diversify their portfolio.