Rita Oguntuase
Rita Oguntuase is an experienced content developer with a particular interest in the finance space. Over the course of her career, she has focused on multiple aspects of finance, ranging from insurance and investments to cryptocurrencies and corporate accounting. With a significant wealth of experience under her belt, Rita has helped to cover some of the most pivotal events in finance across this decade. Rita’s expertise has led to her work being featured in several reputable publications - Forbes, Seeking Alpha, Cointelegraph, and much more. 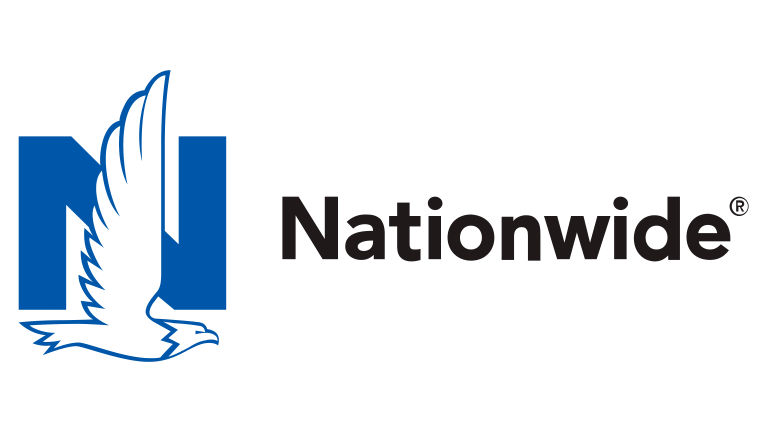 Nationwide has established itself as one of the foremost insurance companies in the world. The company offers multiple forms of pet insurance coverage, and it is a subsidiary of Nationwide Insurance—an insurance giant that has been in business since 1926.

As a subsidiary, Nationwide began offering pet insurance as far back as 2009 following the acquisition of Veterinary Pet Insurance Company— itself an established pet insurance firm.

Nationwide has continued to do impressive business across the board, with its pet insurance subsidiary now serving customers in multiple states who would like optimal flexibility in their insurance providers.

This review will look into what Nationwide pet insurance provides, as well as what customers can expect from the company going forward.

As explained earlier, Nationwide steps further than most other insurance companies by offering coverage for exotic pets and even offering multiple coverage options. With the company, you can access the following:

The Whole Pet plan is the most comprehensive from Nationwide pet insurance. This plan covers the broadest range of injuries and illnesses that could befall your pet, and it involves Nationwide essentially reimbursing a percentage of your vet bill for treatments that it covers.

With the Whole Pet plan, you can even get coverage for tests and exams. However, it is worth noting that it doesn’t cover routine procedures or heartworm prevention.

Moving forward, customers can also avail themselves of the Major Medical plan. Here, Nationwide pays out based on a benefit schedule, imposing a maximum annual reimbursement amount for each condition. This amount exists independent of what your vet charges.

Finally, we have the Pet Wellness plan. This plan primarily reimburses pet owners for the cost of tests, vaccinations, and other basic services like nail trims and more.

While the plan is quite comprehensive, it also misses out things like neutering or spaying. Generally, the Pet Wellness plan is broken into two:

As explained in the pros and cons section, Wellness Plans aren’t available in every state. In states where they are available, these plans can be purchased along with Major Medical plans or as a standalone plan. But, a Pet Wellness plan can’t be added to a Whole Pet plan.

Nationwide is one of the most popular and oldest insurance companies in the United States. So, it should come as no surprise that the company’s pet insurance service is available in all states and the District of Columbia.

However, it is worth noting that the Pet Wellness plans from the company aren’t available in all states. So, you might want to check to see if your state is covered here.

What Does Nationwide Pet Insurance Cover?

Concerned about the procedures that are covered under Nationwide’s pet insurance plans? Here is a breakdown of what to expect:

The Whole Pet plan from Nationwide covers the following:

The Major Medical plan from Nationwide will cover the following:

With the Pet Wellness plan, you get coverage for the following:

Policyholders from Nationwide pet insurance will also be able to access Pet Rx Express—a service that gives them preferred pricing on pet prescriptions at Sam’s Club or Walmart pharmacies. They will be able to process these insurance claims at pharmacy counters nationwide.

While Nationwide’s pet insurance cover is quite comprehensive, you should note that it doesn’t quite cover everything. Below are a few exemptions that you would want to keep in mind:

For the Nationwide pet insurance plans, the following are exempted:

Also, the following are excluded under the Major Medical plan:

For Nationwide, the waiting period for accidents and illness is 14 days. This is competitive with most other insurance companies in the country as well. However, if you purchase a Pet Wellness plan as a standalone plan, you will only need to deal with a 24-hour waiting period.

However, the company also imposes a 12-month waiting period for cruciate ligament or meniscus injuries. This isn’t so competitive—while many insurance companies impose lengthy waiting periods for this, the periods usually range between 3 and 6 months.

Looking to know how much you would need to pay or what you could save with Nationwide pet insurance? We’ll break the financials down below:

Pet insurers tend to impose coverage gaps on how much they can reimburse you for the health-related expenses you incur annually.

With Nationwide Whole Pet plans and Wellness, you can only get an unlimited coverage limit. However, you have to deal with a $10,000 annual cap on the Whole Pet plan alone, while the Major Medical plan’s cap will depend on the condition.

A deductible is a set amount of money that you will need to pay before your coverage starts reimbursing you for any bills.

With Nationwide pet insurance, this deductible stands at $250 alone. This applies to both the Whole Pet and Major Medical plans.

The reimbursement level is the percentage of your pet’s health expenses that your insurance provider will reimburse you after you’ve paid.

If you’d like to save money on your insurance costs, Nationwide pet insurance provides different ways for you to do this. Discount options with the company include:

Does Nationwide offer a wellness plan?

Yes, you can get a wellness plan from Nationwide. You can choose from different options as well, so Nationwide is as flexible as possible.

Nationwide provides coverage for some pre-existing conditions. However, the company has terms and conditions that apply for these.

None of Nationwide’s insurance policy options cover dental cleanings. However, you can have treatment for retained baby teeth with the Whole Pet plan.

Does Nationwide have any coverage limits?

With Nationwide, you can get access to an unlimited coverage limit. However, purchasing the Whole Pet plan alone means you’d have a $10,000 annual limit, while the limit for the Major Medical plan will depend on the condition.

How do I file a claim with Nationwide?

With Nationwide, you can submit a claim online via the company’s website. There is already a claim form that you can submit, so it should be pretty easy.

You can also submit other supporting documents to ensure the quick and efficient processing of your claim. Ensure that these documents are properly scanned and very legible.

How long does it take Nationwide to pay out?

Nationwide advises customers who claim reimbursements can take up to 30 days. You can check the status of your claim via the website’s account access page. Also, to ensure that your claim is processed quickly, be sure to submit all information together—including lab results, treatment notes, invoices, and more.

You can cancel an insurance policy with Nationwide whenever you want. Notify them in writing or via fax and state all of your details—including your reason for canceling.

Your policy is considered canceled on the date of this claim.

Does Nationwide cover spaying or neutering?

Yes, Nationwide covers hip dysplasia as part of its plans. But, if the condition is pre-existing, you might not get coverage.

Is Nationwide accepted by every vet?

Since Nationwide operates on a reimbursement basis and the company’s plans are covered nationwide, you shouldn’t have a problem with getting access at any vet.

Does Nationwide pay the vet directly?

No, Nationwide doesn’t pay the vet directly. With the reimbursement basis, you would need to first pay your vet bills and then submit a claim through the platform—whether online or offline. Once your policy has been confirmed to cover the bill, you will get reimbursed.