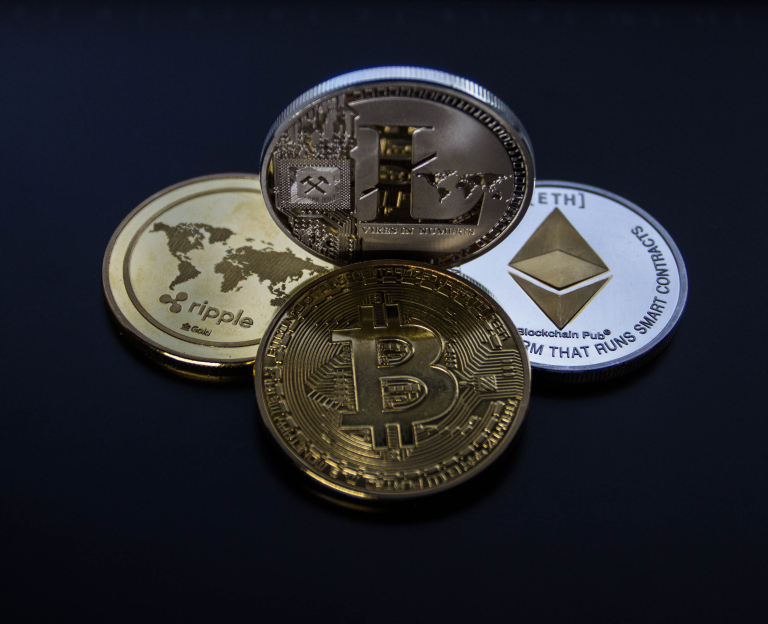 One of the most recognized and elaborated on topics these days is cryptocurrency. Technology is advancing at an incredibly fast rate, and the world of finance is no exception.

With that said, it’s not surprising that many people are beginning to turn to the option of cryptocurrencies to maintain independence from the banking system and attain financial freedom.

Two of the most widely known cryptocurrencies are Bitcoin and Litecoin. Many people view these digital assets as very similar, but is it just a simple case of mistaken identity?

In reality, Bitcoin and Litecoin have several notable differences that make them great options for different reasons.

This article will outline key similarities and differences between Bitcoin and Litecoin, which will hopefully help you decide which coin is best for you to own.

Bitcoin (BTC) is a peer-to-peer digital currency that is designed to be decentralized, meaning that it’s not controlled by any one person or organization.

It was introduced in 2009 by an anonymous programmer or group of programmers under the pseudonym Satoshi Nakamoto, and relies on cryptography and computing power to maintain the integrity of a shared database, called a blockchain.

Bitcoin is the first digital currency to exist on the blockchain, paving the way for many other cryptocurrencies to emerge, including Litecoin.

The key thing to understand about Bitcoin is that it is a cryptocurrency that focuses on decentralization, so that parties can buy, sell and exchange directly without the need for intermediaries.

The network is maintained by a network of computers, called miners. Bitcoin miners are individuals or companies that own powerful computers (called ASICs) that are designed specifically to solve the complex mathematical equations used to mine bitcoins.

Bitcoin mining requires a lot of processing power, and miners will compete to be the first to solve the equation to add a new block of transactions to the blockchain and earn a reward for doing so.

Bitcoin is a deflationary currency, meaning that the supply of Bitcoin is limited, as only 21 million Bitcoins can ever be created.

Litecoin (LTC) is a decentralized cryptocurrency developed by former Google Engineer, Charlie Lee in October 2011 and was released for public use under the MIT/X11 license.
It is the lite version of Bitcoin and is often regarded as the “silver to Bitcoin’s gold” due to its striking similarity in codebase.

Litecoin aims to improve upon the accessibility, transaction speed, and mining process of Bitcoin, making it more efficient for everyday transactions.

It makes use of the Scrypt hashing algorithm for mining, which uses SHA-256, similar to Bitcoin but with a layer of memory requirements for proof-of-work.

In Litecoin mining, a transaction block has to be verified with mining software that is made available to the miner; once the miner successfully verifies it, another Litecoin block is created and some Litecoin tokens are sent out as a reward.

The similarities between Bitcoin and Litecoin

Bitcoin and Litecoin possess some similar characteristics, as Litecoin is a fork or split from Bitcoin. Some of the similarities between them include:

Both Bitcoin and Litecoin rely heavily on the process of verifying transactions. Transaction Validation is key to the integrity of a currency because it ensures that no double-spending is possible.

Both currencies use a cryptographic system called Proof-of-Work to validate transactions.

This system requires both computing power and electricity, but if successful, will produce valid blocks which will be added onto the blockchain for all future reference.

Nodes are necessary in order for Bitcoin or Litecoin networks to function properly and securely. These special computers or servers allow transactions to be verified and stored on the blockchain.

Both systems use proof-of-work to verify transactions, but in order for nodes to be rewarded for doing so, miners must also participate in the network.

Both Bitcoin and Litecoin require a network of nodes and miners to function properly.

Miners verify transactions on both networks, by processing blocks added onto the chain. Miners are rewarded for their work by using new Bitcoins or Litecoin, generated from the block reward.

Because of this rewarding system, it is integral that more people mine blocks than just a handful of people. The more miners on the network, the more likely it will continue to function properly.

When new Bitcoins are generated, they are given to the miner, who successfully validates a block for the network. The reward at this time is 25 Bitcoins for each block added onto the blockchain.

Similarly, when Litecoin are generated from each block added to their blockchain, 50 LTCs are given to the successful miner.

Because of this similarity in rewards and means of generation, both systems have similar long-term inflation rates toward infinity.

Both coins have similar use cases and can also be used interchangeably in some situations. Since Litecoin is a fork of Bitcoin, it shares similar characteristics with Bitcoin.
These coins work as a store of value, serving as a financial asset to many. It can also operate as a physical currency and can be used to buy and sell physical objects or pay for services rendered.

Scarcity is an important financial factor that determines the value of a financial asset; the more scarce an object is, the more valuable it will be. There is a predetermined number of Bitcoin and Litecoin, and once this is exhausted, there would be no additional coins created or circulated again.

The Differences Between Bitcoin and Litecoin

Although they share some similarities, these coins are different from each other and possess features that cannot be found in the others. The major differences between these tokens include:

Block time is the time it takes to process a transaction on the blockchain. In Bitcoin, the average block time is 10 minutes whereas in Litecoin, it is 2.5 minutes.
This difference in block times means that there are more blocks in every 15-minute period with Litecoin than with Bitcoin, making Litecoin more suitable for everyday transactions.

Bitcoin was launched in 2008 by an unknown developer called Satoshi Nakamoto; its first release was on the 9th of January 2009 under the MIT licence.
It is regarded as the first decentralized financial asset that paved the way for hundreds of other alternative coins we have today.

Litecoin is one of the many cryptocurrencies that came after Bitcoin. As mentioned, it was released in October 2011 as a fork of Bitcoin and operates like it.

Bitcoin uses the SHA-256 algorithm system. It is one of the popular algorithms used in network security, encryption, and hashing. SHA-256 is a type of the new Secure Hash Algorithm 2 that was developed to replace the original SHA-1 hashing that was becoming ineffective.

It secures decentralized transactions by reconstructing input data into its corresponding hash value, making it difficult for hackers to access the data.

Litecoin uses the scrypt algorithm system that was also derived from Bitcoin’s code for a cryptocurrency called Tenebrix (TBX). This new algorithm replaced the regular SHA-256 hashing with scrypt functions in 2009 to help speed up transactions.

The scrypt hashing also made mining easier and less dependent on the complexity of the computers used. Litecoin’s present scrypt was an alternative version of Tenebrix called Fairbrix.

Since it is estimated that Bitcoin can carry out approximately 2,759 transactions in one block time, the average transaction speed is set at 4.6 transactions/second.

Litecoin supersedes Bitcoin with its faster transaction speeds and cheaper transaction rates. It has a block rate of 2.5 minutes, allowing 54 transactions per second. This is 10 times the number of transactions Bitcoin can comfortably carry out in one second.

However, this is an unfair comparison because the people who use Bitcoin supersede the number who uses Litecoin.

Bitcoin has a current circulating supply of 19 million and a total supply of 21 million. Among the 19 million bitcoins in circulation, Satoshi is believed to have mined 1 million BTC, which is currently valued at $23 billion.

The Bitcoin was placed in 22,000 BTC addresses and is yet to be spent or used, as it is believed that Satoshi left the project in 2010 and has never returned to it.

Excluding Satoshi’s wallet, there are 97 addresses that own over 100,000 BTC tokens belonging to public companies like Binance, Microstrategy, private companies, and other anonymous individuals. People who own more than 100,000 are often called whales.

Litecoin has a circulating supply of 70.7 million out of its total supply of 84 million LTC. It is evenly distributed, unlike Bitcoin, as there are almost 2,000 accounts that owe large shares of Litecoin and hundreds of thousands that owe regular amounts.

Although Bitcoin and Litecoin share similarities, there are many differences between the two coins. These include mining algorithms, transaction speeds, block rates, and the distribution of stored tokens.

Both these coins have been successful in becoming valuable assets amid the growing trend of developing decentralized financial systems that exist as a transferable value and as an alternative to traditional payment systems.

With their success, every cryptocurrency coin has its own set of advantages and disadvantages. The key will be to determine which coin is more suitable for your needs depending on your use case or application. Do your research and compare coins before deciding on which one to use.