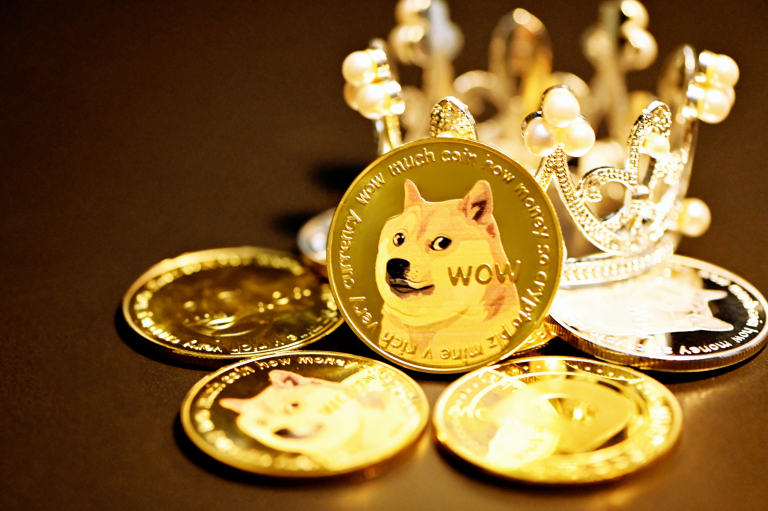 Dogecoin is a cryptocurrency featuring a Shiba Inu dog from the “Doge” Internet meme as its mascot. Introduced as a trolling attempt against bitcoin, Dogecoin was initially worth less than a penny. As such, it is categorized as an “altcoin,” or an alternative digital currency to bitcoin.

Dogecoin has grown in popularity and value with its use on popular websites like Reddit and Twitter. Today, the cryptocurrency has become one of the most popular cryptocurrencies in the market, with a reported total market cap exceeding $8.6 billion USD.

So, if you’re wondering how Dogecoin works, this is for you! Read on below for more information about this popular cryptocurrency.

Dogecoin, or DOGE, is a peer-to-peer cryptocurrency created by software engineers Billy Markus and Jackson Palmer on December 8, 2013. It was named after a popular internet meme, “Doge,” and features the image of a Shiba Inu dog as its logo. According to its creators, Dogecoin was created as a joke to mimic the speculative state of cryptocurrencies at the time.

While it is considered the first meme coin, Dogecoin is backed by a strong community of enthusiasts and is tied to several charitable efforts.

For instance, the Dogecoin community is responsible for raising more than $30,000 USD in aid to help send the Jamaican Bobsleigh Team to the 2014 Winter Olympics. Dogecoin’s supporters believe it can be used to “give back to the internet community” to fund social services and charitable causes.

Dogecoin has no limit on the number of possible coins that can be created. Unlike Bitcoin, which has a fixed supply of 21 million, Dogecoin is designed to be abundant with 10,000 coins created every minute.

However, given the numerous coins in circulation, how is it one of the most valuable cryptocurrencies? This is due to the increased demand for Dogecoin in early 2021 as a result of aggressive marketing by retail investors on Reddit to drive up the price.

Tesla’s CEO, Elon Musk, also contributed to the frenzy when he stated that Dogecoin is his favorite cryptocurrency in his many tweets that display support for the coin.

How does Dogecoin work?

Dogecoin runs on its own dedicated blockchain. Like other digital currencies, its digital ledger is constantly updated with new transactions, which are secured using cryptography. Dogecoin employs scrypt as its cryptographic hashing algorithm, whereas Bitcoin employs SHA-256.

It uses the proof-of-work concept as its consensus mechanism, which requires participants to solve extremely difficult computational problems to validate transactions. Miners are responsible for maintaining the network and are rewarded by earning DOGE tokens as rewards.

Compared to Bitcoin, Dogecoin does not have such high barriers to entry for miners because the difficulty level for solving mathematical equations needed to mine new coins is much lower than it is with Bitcoin.

It takes an average of one minute to solve a mathematical problem and generate new blocks on Dogecoin, compared to an average of 10 minutes for Bitcoin.

Dogecoin can be used to purchase goods and services. It does not have many functions other than being a digital currency.

It is also used as a tipping system on Reddit and Twitter. Users who receive tips can transfer them from their Dogecoin wallet to an external cryptocurrency wallet, or back to the Dogecoin wallet.

How is Dogecoin created?

Dogecoin is mined through a process called mining. Mining can be done through a computer that uses the scrypt algorithm to solve mathematical equations.

The more calculations a miner can solve in a certain amount of time, the higher the chance they have of receiving a new block reward and receiving Dogecoin from it.

Once a block (that contains Dogecoin) has been solved, the miner is rewarded with 10,000 Dogecoins.

Given the difficulty level at which they can be mined and their value at the time of mining, miners also depend on price increases to recuperate their initial investment; otherwise, they would not have made any profit on mining.

The coins created through mining can be sent to a wallet, from which they can be spent with merchants who accept them and even other users who simply trade them for other cryptocurrencies.

What is a Dogecoin wallet?

Dogecoin wallets come in two forms, online and hardware. The main distinction between the two types is where your private keys and assets are stored.

Digital wallets are stored online and are accessible from any device with an internet connection. They’re easy to set up, but typically have less security than hardware wallets. Online wallets are usually suitable for small amounts of Dogecoin, but might be risky for larger amounts.

Hardware wallets store your private keys offline on a device connected to your computer via USB. This provides enhanced security, as it’s much harder for hackers to steal your private keys when they aren’t in transit over the internet.

Hardware wallets cost more than digital ones, starting at $70 USD and upwards of several hundred dollars depending on the complexity and features you need in a wallet, but provide enhanced security and ease of use, should you choose not to transact online.

What exactly the future holds for Dogecoin remains uncertain, but it certainly has room to grow. As Dogecoin is backed by a strong community of enthusiasts, expect to see it around for many years to come. It will be interesting to see where the cryptocurrency goes from here and how the community behind it evolves in this ever-changing world of digital currencies.

It may be a good investment for anyone looking to diversify their portfolio.