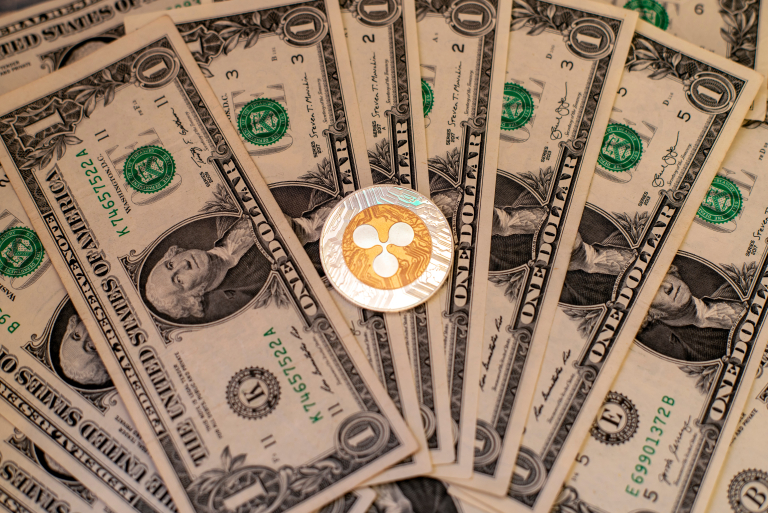 Cryptocurrency’s many benefits have garnered the attention of high-level organizations. Even though you can currently buy crypto as a business, it is still relatively difficult to accept crypto payments.

Fortunately, there is a crypto solution that can make it possible for other businesses to adopt crypto payments. In this article, we discuss Ripple, why it was created and how it solves business problems.

Ripple is a digital payment network that uses blockchain technology to facilitate global financial transactions. Ripple allows cross-border transactions without the need for a central authority, such as a bank or government.

The network is designed to be scalable and fast, with the ability to process thousands of transactions per second.

The Ripple network is designed to solve a problem that’s historically plagued digital currencies: speed. Large payments are sent across borders, and they need to move at a constant speed to be processed.

Its purpose is to provide a fast, reliable, and affordable way for banks and other financial institutions to send money around the world. The blockchain-based XRP token was created to power the Ripple network, and it has become one of the most popular cryptocurrencies lately.

With Bitcoin, Ethereum, and other digital currencies, transactions take minutes to complete. Transactions can take hours on traditional banking networks, even with new technologies like real-time gross settlement (RTGS).

Fiat currencies are legal tender, backed by a central government, and can be traded for goods and services. Unlike fiat currencies, Ripple is not subject to inflationary pressures, and its value is determined by market supply and demand.

The Ripple cryptocurrency is based on a distributed ledger that uses the technology of blockchain, and it can be used to facilitate global payments.

How does Ripple work?

Ripple works by using a shared ledger that is maintained by a network of computers around the world. This ledger contains all the information about all the transactions that have ever been made on the network.

When someone wants to make a payment, they first need to find a path through the network that will allow them to get their payment to the recipient without going through any intermediaries. They do this by using a system of smart contracts that are built into the network.

Once they have found a path, they can then send their payment through the network. The payment is then routed through the network of computers and is eventually sent to the recipient.
The whole process is very fast and can be completed in just a few seconds.

How is Ripple created?

Ripple is created through a process called “mining.” This involves using computers to solve complex mathematical problems. The more computers that are used to solve these problems, the more Ripple that is created.

The process of mining XRP is called “proof of work”. This means that people who want to mine Ripple need to solve complex mathematical problems to add new blocks of transactions to the Ripple blockchain. The first person to solve the problem gets to add the block, and they are also rewarded with a certain amount of XRP.

How To Mine Ripple With Mining Pools

Most people choose to mine using a mining pool because it saves time and reduces the risk of a 51% attack on the network. Mining pools combine everyone’s mining power into one single operation, meaning that there is less risk of a single entity having enough power to reverse transactions or double-spend their currency.

In a mining pool, you submit your mining job to the pool, and then the pool submits it to the network. The network is the group of computers that mine Ripple, and they all have an equal say in which transactions are added to the blockchain.

When a new block of transactions is added to the blockchain, the pool gets rewarded for its contribution, and then all the participating miners get their share of the XRP as a reward.

What is a Ripple wallet?

XRP is an altcoin (alternative cryptocurrency) and as such, Ripple has created a digital wallet that allows you to hold, send, and receive XRP.

Ripple wallets use the same technology as standard cryptocurrency wallets, like the Ledger Nano S, which means that these wallets can be stored and used across any device. There are many different types of Ripple wallets, but the most popular ones are hardware wallets, software wallets, and paper wallets.

What is a Ripple address? As you may have guessed from the name, an XRP address is a string of characters that acts as a means of receiving or sending XRP.
XRP uses the same types of addresses as Bitcoin and Ethereum. It uses the same type of keychain that are used by these two cryptocurrencies.

However, because XRP has its own unique blockchain, each XRP address needs to be created individually.

You cannot just download an Excel spreadsheet or pdf file that contains all the XRP addresses. To create a new XRP address, you need to use a special piece of hardware called a Ripple Keychain.

What Is a Ripple Keychain? A Ripple Keychain is a small device that generates and stores a unique set of keys. It is used in conjunction with a computer or mobile phone.

Ripple is a powerful payment network that can help businesses overcome many of the challenges associated with cryptocurrency payments.

By providing a simple, fast, easy-to-use solution, Ripple makes it possible for businesses of all sizes to adopt fast cross-border transactions. If you’re looking for a way to make payments more accessible for your business, Ripple is worth considering as an investment.