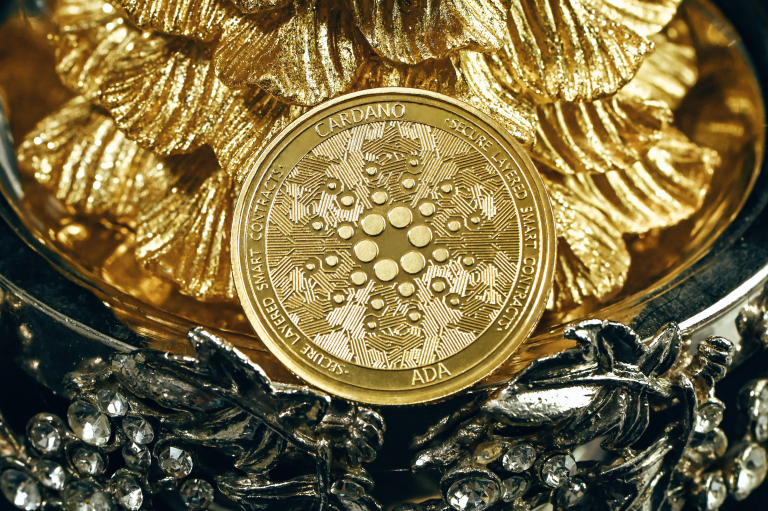 The future of the world’s financial systems is changing rapidly, with cryptocurrencies and blockchains now being used in their most basic form to facilitate peer-to-peer transactions and financial services.

XRP and Cardano are two of the world’s leading cryptocurrencies with potentially significant market impact, and the comparisons between the two are interesting to consider.

XRP has been highlighted by industry analysts as a cryptocurrency poised to disrupt global banks and fiat currencies. Its potential utility lies in how it can be used to facilitate international payments rapidly and efficiently.

Cardano has its own unique approach to cryptocurrencies and its own plans for future development. It is focused on providing infrastructure for smart contracts and decentralized applications. These two coins have each gained popularity for different reasons, but they both have some similar traits that make them worth investing in.

This article will provide an overview of these two cryptocurrencies, XRP and Cardano, with comparisons and differences of key features and the potential implications of their development.

XRP is a cryptocurrency token that is used as part of the Ripple payment network. It was created to fill a gap in the market for a fast and reliable cryptocurrency that could handle global payments.

The gap was an issue because of how slow and expensive it can be to send fiat currencies across borders.

Fiat currencies are issued by central banks, and they rely on a lot of intermediaries to process transactions. This means that they are often too slow to be sent across borders, especially when there is urgency at stake.

A solution to this problem is a cryptocurrency that can handle international payments without these limitations. XRP has two main functions within Ripple.

The first is a settlement currency, which means that it is the intermediary currency used to settle transactions made on the network. It acts as a bridge currency through cryptocurrency exchanges, and it also provides liquidity on regional exchange markets.

The second function of XRP is as an asset token of the Ripple network. It serves as the official legal tender for transactions made within the network and can be exchanged easily across international borders at any time in multiple currencies, including fiat currencies and other cryptocurrencies.

This is achieved through its use of the Interledger Protocol.

The idea behind Ripple was to create a faster and cheaper platform to facilitate international payments than existing financial institutions. This is why XRP is used on the network as an intermediary currency and is also traded on cryptocurrency exchanges around the world.

Cardano (ADA) is a public blockchain that has been designed to provide smart contracts and decentralized applications, known as DApps, with a stable and secure platform for development and real-world usage.

Cardano is a third-generation cryptocurrency, which means it is a strong competitor to the two leading cryptocurrencies, Bitcoin and Ethereum. It provides a platform focused on offering more performance and capabilities than other projects competing in the field.

Cardano was founded by Charles Hoskinson in 2015, and the entire token’s development and deployment were supervised by the Cardano Foundation, which is an independent, non-profit organization that intends to create a more stable, scalable, and reliable platform for DApps than other existing platforms such as Ethereum.

The foundation emphasizes its focus on quality rather than marketing hype of its project to attract investor attention.

It is one of the first third-generation altcoins to evolve from the usual proof-of-work consensus mechanism set by Bitcoin into the proof-of-stake mechanism that focuses on scalability, sustainability, and transparency.

Cardano functions as a resilient and secured structure that allows for the development of financial applications and also intends to bring reliable financial services to everyone.

The Cardano platform had a seemingly similar working and interactive mechanism to Ethereum because Charles Hoskinson was a former co-founder of Ethereum. He left the project to develop Cardano due to a conflict of interest between both parties.

The similarities between XRP and Cardano

Cardano and XRP are both blockchain-based cryptocurrencies that have been designed in a way to mitigate the energy-intensive and expensive process of mining that is used by most cryptos.

The proof of stake that Cardano uses is a more energy-efficient consensus mechanism than Bitcoin’s proof of work. It does this by making it possible for users to stake their coins to join the network for distributed ledgers.

Users can also use these coins to send, and receive payments or as part of smart contracts on the network. It allows users to use the currency without having to mine and secure the network.

Cardano’s stakeholders, unlike Bitcoin miners, do not need to spend a significant amount of money on electricity to stake their coins, making it energy-efficient and environmentally friendly.

XRP’s transaction costs and speed are also directed at making it a more energy and cost-efficient alternative to other cryptocurrencies that require mining or staking.

XRP mainly uses nodes and validators instead of miners, and this decreases the overall energy consumption of its network.

Both currencies are also affected by the same trends that determine their volatility on the price chart.

XRP and Cardano both provide smart contract capabilities to their users. They are aiming to become leaders in this field so they can provide infrastructure for decentralized finance and become global leaders for worldwide adoption.

The differences between XRP and Cardano

Cardano’s proof of stake (PoS) is a different consensus mechanism from the one used by XRP. Cardano’s PoS is designed to become more efficient over time, making it more scalable and sustainable than many other similar projects.

It is also more decentralized since it uses a delegated system for its validator nodes. This allows their network to be more secure against attacks by bad actors who want to compromise the integrity and security of their system.

XRP, on the other hand, uses an entirely different consensus mechanism called the “Ripple Protocol Consensus Algorithm” that has been designed with a focus on safety, security, decentralization, performance, and scalability.

It possesses features that cannot be found in other consensus mechanisms, like confirming transactions without the need for wasteful or competitive use of resources, which is common in many other blockchain systems.

Cardano has been designed to allow developers to create decentralized applications, while XRP’s focus is on facilitating cross-border transactions and business interactions.

On Cardano, users can create liquidity pools (LPs) or invest in existing LPs to earn rewards as transaction fees for every transaction made on the network. Lending and borrowing are also possible on the Cardano network via the lending protocol. This allows users to borrow and lend their desired cryptocurrencies while enjoying stable interest rates.

Cardano also recently introduced NFT transactions into its platform, which now allows users to mint, buy, and sell their NFTs.

Ripple’s main use case is to support or complement centralized or traditional banks and financial organizations. It aims to move the transactions that go on in banks onto an open, decentralized infrastructure.

Blockchain developers use XRP’s blockchain to build software products that can be used for gaming, web content creation, and any other applications that demand the use of a currency or payment.

These developers can also use the blockchain to develop digital cryptocurrency wallets to store their private addresses and also interact seamlessly with other decentralized ecosystems to receive and send cryptocurrencies.

Cardano is a fully decentralized coin as numerous people now own more Cardano blocks, increasing the security of the coin, which therefore reduces the likelihood of a 51% attack. In addition, Cardano’s network and governance are also decentralized.

XRP, on the other hand, is much faster and takes less than a minute to complete transactions. The transaction speed for this coin is estimated at 1500 tps (transactions per second), making it one of the best coins for transferring funds seamlessly from one place to another.

XRP has a fixed supply of 100 billion coins, which were pre-mined in January 2013 and allocated as follows:

As you can see, XRP’s token distribution is heavily centralized and Ripple has monopoly control over the creation and issuance of the coin. They also have a monopoly on the control of its distribution into circulation.

Cardano, on the other hand, has a maximum supply of 45 billion coins. It has a token distribution that is similar to many cryptocurrencies, as it was created through a token sale.

Since the initial distribution, over 1 billion ADA tokens were generated during the First Generation Genesis Block period from October 2015 to May 31st, 2017. Cardano is more decentralized than XRP.

XRP and Cardano are among the most popular projects in the cryptocurrency space. That said, the choice between the two depends on what you wish to pursue or accomplish.

If you are looking for a platform for conducting cross-border financial transactions or settling business deals, XRP is your best bet.

Cardano favors those who wish to build and develop decentralized applications for individuals and businesses alike. Going by the merits of both coins, they both have essential features that make them worthy of investment.